What are the best Minecraft servers? PC community has the most creative players in the world, and Minecraft servers are the best evidence of it. There are thousands of servers available for Minecraft and each is unique. Some of them are PVP (Players versus players) while other are RPG (Role-Play). Few unique ones focus on mini games, and other creatively replicate other popular game titles and genres. Keep reading to find the best servers and mods available for Minecraft in Fall 2020.

Every server is a unique Minecraft world, with its own rules and communities, even the free to play ones. Check each of the free Minecraft servers on this list and discover a whole set of new and exciting Minecraft adventures free to play right now!

The Hypixel Minecraft server is filled with great minigames. Cops and Crims, Duels, and a Murder Mystery, SkyWars, and many more you can find on Hypixel server.

It’s one of the oldest and most famous free Minecraft servers. It’s a great place to spend time with your friends. 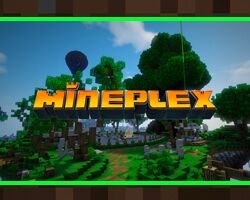 Mineplex is the biggest free Minecraft server in the world. It contains dozens of zones and different arenas for a large variety of game types. Mineplex has thousands of players at any time. 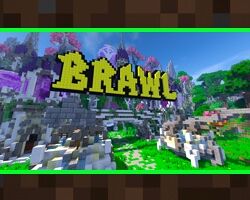 Brawl is the best free battle royale Minecraft server you can find. Apart from everyone's favourite last man standing mode, there is also a capture the flag mode featured. Playing on a Brawl server will likely change your perspective on Minecraft. 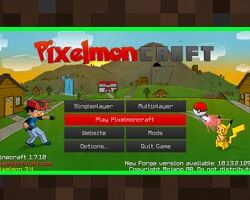 For the fans of Pokémon, this is one of the best free Minecraft servers available to play for free. Masterfully crafted Pixelmon mod based servers allow you to visit the Kanto and Johto regions, catch and fight with your favorite Pokémons. Find gym leaders to fight, Pokémarts to shop in, and long grass to smartly avoid. Enjoy Pokémon franchise fun, creatively embedded in a unique Minecraft game experience.
Check server.pixelmoncraft.com Now.
2

Some of the Minecraft servers are called premium because of their quality and store that allows to obtain in-game items for real world currency. The community is almost always much better in terms of trolls and griefers. Here is our top list of Minecraft Premium servers.

LemonCloud strives to be an enjoyable and safe environment for all those in our community. To achieve this, they have formulated specific rules and corresponding punishments that are enforced by their staff team. LemonCloud Minecraft server features a few different game modes: OP Prison, Skyblock, Survival, and Creative. Each of the game modes has a distinct rule set, but all have the same currency - Lemons. Check lemoncloud.org Now. 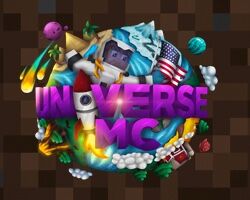 One of the most interesting Minecraft Servers you can find. It has tons of fun games for you to play, including Factions, Prison, Skyblock, KitPVP. Each of the games has a prize pool where you can earn up to $1000 in payouts. Universemc is a Minecraft network that was founded in 2016. The network currently consists of 9 planets which include: survival, factions, skyblock, and kitmap. Check universemc.us Now.

Pleakz Network is a normal prison server. You can be a prisoner or join the guard team. Your goal is to get out of prison. This can be done by paying yourself out of prison. You can get money either by mining, completing quests, or farming and selling drugs. If a guard sees that you have an illegal item or you hitting a player you will get isolated. There is also a PVP area where it is legal to fight. Check Pleakz Now.
3

Minecraft mods are the way to go if you want to escape the multiplayer community and play alone or with friends and expand your Minecraft experience. All mods for Minecraft are free and easy to install and play an amazing tool called MultiMC. Check it out. 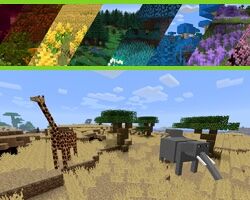 Biomes O’Plenty adds a ridiculous 80 new biomes and 12 sub-biomes to Minecraft – from Alps to Wasteland. It also adds a little more variety to tools, armour, food, colour, and adds a few extra blocks to build with. To go along with the new biomes, it adds new plants, flowers, trees, building blocks, and much more!

Ever wanted to be a nuclear engineer without learning about physics and going through multiple years of higher education? Then Big Reactors is the mod for you. Big Reactors allows you to build massive, fully configurable reactors in order to cope with the power demands of all those other industrial mods you’ve been tinkering with. It’s designed to interface with ComputerCraft. 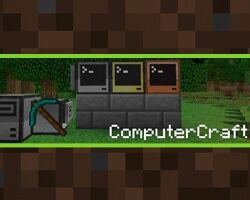 ComputerCraft adds fully-programmable computers and assorted peripherals into the Minecraft world. It also adds RFTools, which lets you monitor and maintain a complex power network. Both are vital tools for any kind of automated base. ComputerCraft's Computers and Turtles are programmed with the easy-to-learn Lua programming language. You can use Redstone, RedPower or even MineFactory Reloaded alongside with your devices for the best experience. 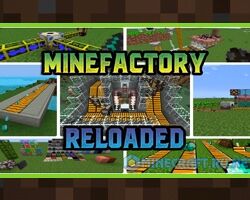 Arguably the best all-round technology mod is Minefactory Reloaded. This mod adds numerous machines into the game as well as some new items, a new type of Rubber Tree, and the Precision Sledgehammer (a new type of tool for manipulating blocks similar to the Wrench and other miscellaneous things). The mechanisms added by this mod have a very wide variety of uses, including many automations, such as ore generation or mob farms.

Pixelmonadds many aspects of the Pokémon into Minecraft, including the Pokémon themselves, battling, trading, and breeding. Pixelmon also includes an assortment of new items, including prominent items like Poké Balls and TMs, new resources like bauxite ore and Apricorns, and new decorative blocks like chairs and clocks. For most of these features, Pixelmon attempts to match the mechanics of the Pokémon games as closely as possible, including battle mechanics that match the mechanics in the Generation 8 Pokémon games. However, some aspects of Pixelmon are original and deviate from the games, such as a breeding mechanic where Pokémon require a suitable environment around them in order to breed.

We will answer on your question as soon as possible

How well do you know Minecraft?

How well do you know Minecraft?